(Oregon, IL) It has been impossible in the past few months to watch a television news segment or pick up a newspaper without being bombarded by news of the Affordable Care Act (or ObamaCare as it is often called). As of January 1, 2014, coverage began for the first time for many Americans who were not previously covered and who signed up for health insurance or Medicaid under the law. 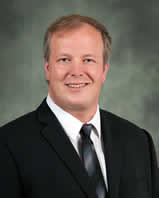 “While many of us understand the implications of this reform on the whole,” says Sinnissippi Centers’ President/CEO Patrick Phelan, “I still receive a lot of questions about the impact on agencies like Sinnissippi Centers and the individuals that we serve”.

Those currently without coverage may qualify for Medicaid under Illinois’ Medicaid expansion if their household income is up to 138% of the federal poverty level. Others whose household income is higher than that, up to 400% of the poverty level, may qualify for subsidies to buy insurance on the exchange. “Using state estimates, over 6,500 people in Ogle County would be eligible for new insurance or Medicaid coverage,” adds Phelan. “However, there is some uncertainty in those numbers as not everyone will take advantage of the new opportunity”.

Perhaps the biggest impact on healthcare reforms for individuals and agencies may come from recently strengthened federal parity laws which mandate that behavioral health services be covered at the same level as physical health. This will allow those already with insurance and the newly insured to enjoy new benefits of coverage for behavioral healthcare services. “Also, we believe that the service package for the expanded Medicaid group will be identical to the current Medicaid package,” says Phelan.

“How that may help agencies like Sinnissippi Centers to improve their financial health in a challenging environment is a more complex situation than it might seem. For those individuals that we are charging a fee less than the Medicaid rate, for example, enrolling the individual in Medicaid will increase Sinnisisppi’s revenues. The immediate impact should be somewhat beneficial. However, Medicaid rates that have remained stagnant for many years do not cover all the agency’s costs for providing care. Thus, an increase in the number of individuals presenting for services at these rates will only increase the amount of additional funding we need to seek out from other sources to close the gap. Without rate reform, the financial impact on the agency may be negative in the long run.”

“Only time will tell all of the benefits and new challenges will be presented by the impact of the Affordable Care Act on agencies like Sinnissippi Centers and the individuals they serve,” concludes Phelan.